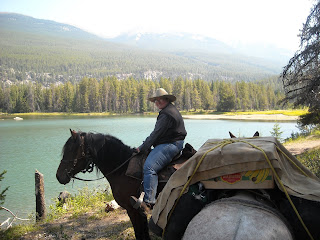 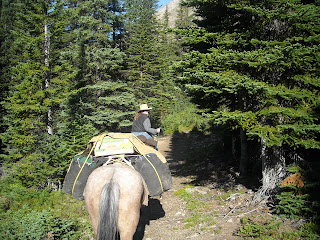 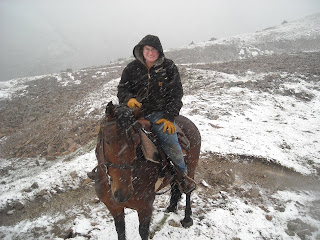 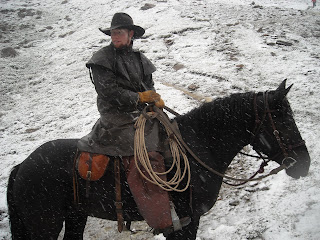 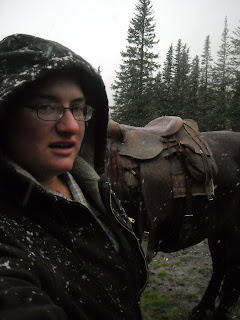 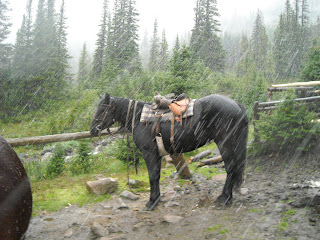 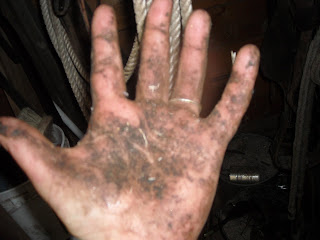 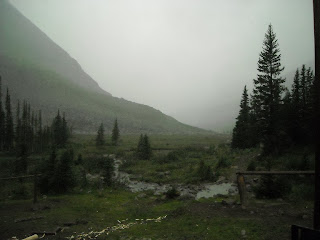 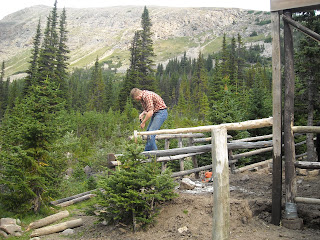 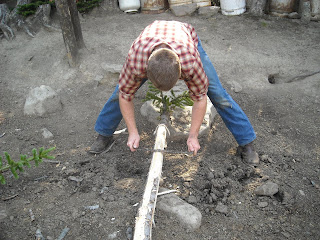 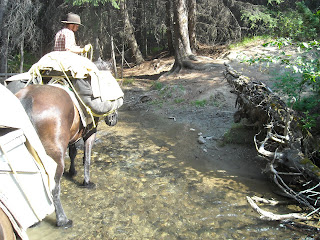 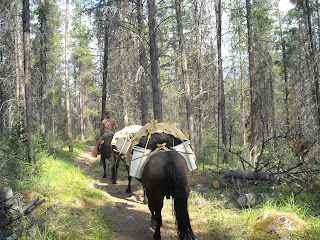 I went into the back country on Saturday and came out today. I have been up two times before, and I have to say that this was probably the best time. I went up on a freight trip (so there were no paying riders) Eric and I took up hiker duffel's, bed sheets and groceries. On the second day ( we ride up the first, have one day there, and ride out the third) Eric and I fixed the fence. This entailed Eric cutting down two small trees that would make good rails, then we used a draw knife to shave the bark, then Eric beveled the ends and I held the rail while he nailed it on the post. Our hands got really sticky from the sap, and as you can see from the picture, picked up a lot of dirt. As we were finishing the fence, we could see a storm coming in, so we decided to ride in the snow. It was such a fun (but cold) ride, as there was snow, sleet and hail. I love that there was snow in August. After that, we went inside and played Rodeo Rama (like monopoly but rodeo style. I am so glad that I got this opportunity. Here are some pics of the trip.
Posted by Country Girl at 3:45 PM

You have so many strange talents now (like using a draw knife). Snow in August is depressing.

That is just amazing....