For the first time in 5 years, I came off a horse. My horse Copper is a bit of a twit. Everything scares him (except fir grizzly bears). I was about twenty minutes to the end of the ride, and I was looking back to make sure that the horses were not too slow. The next thing I knew Copper was three feet in the air, and three feet to the side. I fell on his neck, and attempted to get back in the saddle. He spooked again, and I twisted, fell off. I landed on my feet, and the force pushed me back on my butt. I got right back on, and he was fine, but a little jumpy. I did not get hurt.
Posted by Country Girl at 4:33 PM 3 comments: 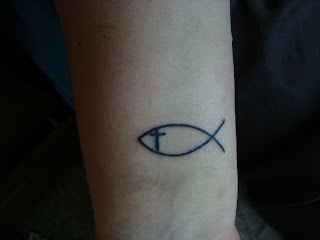 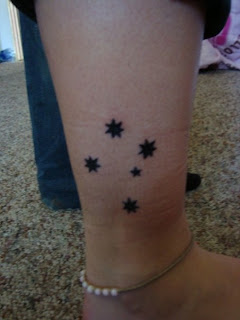 On Friday July 10th Vicki and I got tattoos. Hers is the southern cross, which is part of the Australian flag. She got it on her ankle. I got a Jesus fish with a cross on my wrist. I did not blog about it sooner, as I believe that my dad will not like it. My mom has always said that it would be alright if I got a tattoo if it meant something to me. I picked a Jesus fish as it is the symbol of Christianity, and when the Christians had to meet in secret, that is how they knew each other.
Posted by Country Girl at 1:51 PM 6 comments: 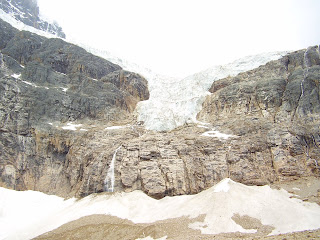 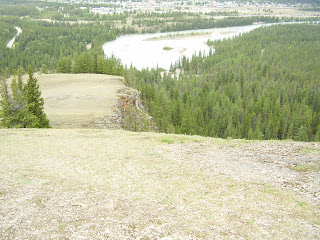 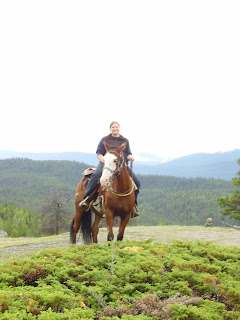 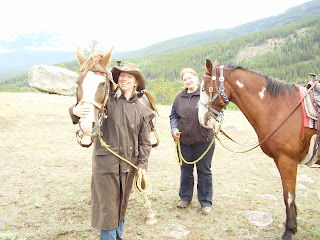 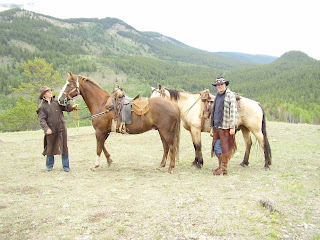 Today was an amazing day. Brad, Vicki and I all had the day off. We went for a ride to Old Fort Point. We ended up racing, and it was so much fun. Then we went to Edith Cavell and Edge of the World. Then we went to Earls for dinner. I wish I could do this every day.
Posted by Country Girl at 8:39 PM 2 comments:

Another day in Paradise

For the past few months, the wardens have been thinning the forest to prevent forest fires and to promote the new growth of younger trees. Yesterday, the decided to burn what they had cut down. This would not normally be a problem, except, they forgot to call and warn us. Vicki had a private ride that left about ten minutes before the scheduled 9:30 ride. Then Trivinnia, Emelie and I left on the 9:30 ride. We heard Vicki radio in that they were burning right beside the trail. She said that she was trying to go around through the woods, but she was warning us. When we got to that spot, she was waiting for us to arrive. Turns out the horses would not go past it. We called Dave, and he came down. We dismounted the ride, tied up some of the horses, then started leading them through two at a time. Once all the horses were past the fire, the guests came across. We got every one back on, and continued the ride. Dave was not very happy, and was giving the guys doing the burning a lot of grief. It was an exciting morning. After lunch it was rainy most of the day, and I went out on two rides without a coat. After the rides were done, we un-tacked, and Eric did not feel like pushing the hay in the wheelbarrow, so he got his truck, we threw the bales on it, and I jumped in the back. As he drove, I chucked the bales out, a little at a time. It was so cold, that we decided to go to the hot springs, so Brad, Eric, Jaimie, Vicki and I all went to the hot springs. While we were there, we got a craving for hot chocolate, so we drove to Hinton and went to Timmies, Then we got home, and went to bed.
Posted by Country Girl at 6:58 AM 2 comments: 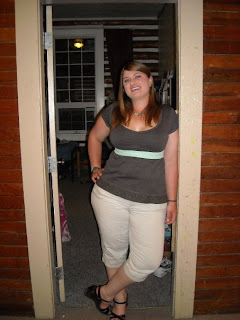 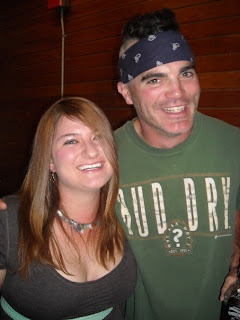 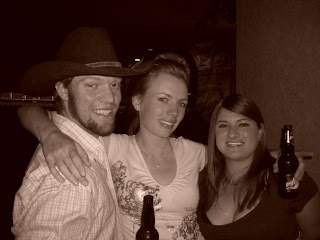 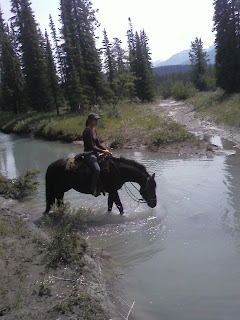 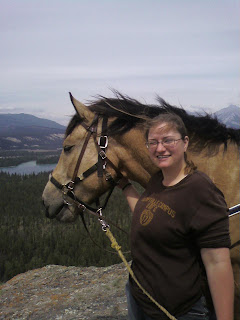 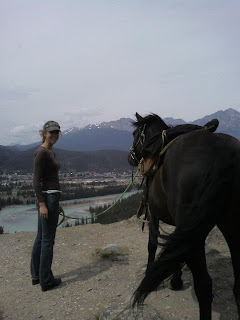 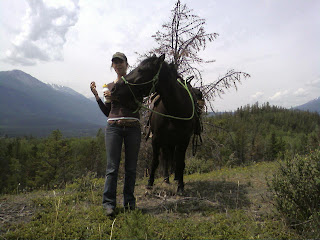 Today was such a good day. I started it off by going to the gym. After the gym, I showered and got ready for church. There was a guest speaker at church, and he was really good. He told lots of stories, and he played the piano. It turned out that he is the piano player at JPL. After church, Emelie and I went for a fun ride to Old Fort Point. We saw a deer, and an osprey. The view was amazing (as usual). Supper was even good (ham and potatoes). Brad and Vicki have managed to convince me to go out tonight (to a bar). Vicki is going to dress me up, and they are going to drag me to the dance floor (I don't like dancing)
EDIT: Here are some pics from the night out
Posted by Country Girl at 5:10 PM 5 comments: