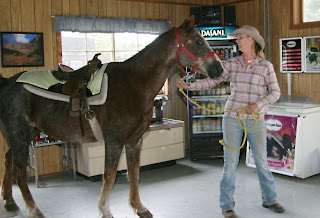 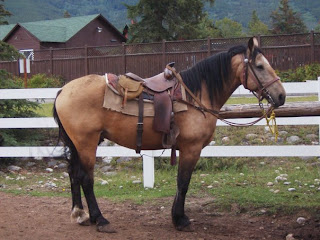 Stubby was our oldest horse in Jasper. He would be thirty one this year. I heard from Brad via a facebook post that he had died. I don't know how, or why or when (it might have just been old age)

He also said that Hank the Tank had died. Hank was only eleven this year. He was apparently in the field, was fine in the am, then just dropped dead. I bawled for about an hour. Hank was the sweetest horse. He was one of the biggest ones we had, but so calm. He would lower his head so we could bridle him.
Posted by Country Girl at 9:29 PM

I am so sorry Caitlin. I hope you feel better today. It is nice that you have pictures to share with us.

That's so sad ... are you familiar with "The Rainbow Bridge"?

I understand the pain you are feeling....I didn't even know them but I'm crying with you.

They are at Rainbow Bridge now....

so sorry for you Caitlin. hard to lose a friend.

Just this side of heaven is a place called Rainbow Bridge.

When an animal dies that has been especially close to someone here, that pet goes to Rainbow Bridge. There are meadows and hills for all of our special friends so they can run and play together. There is plenty of food, water and sunshine, and our friends are warm and comfortable.

All the animals who had been ill and old are restored to health and vigor; those who were hurt or maimed are made whole and strong again, just as we remember them in our dreams of days and times gone by. The animals are happy and content, except for one small thing; they each miss someone very special to them, who had to be left behind.

They all run and play together, but the day comes when one suddenly stops and looks into the distance. His bright eyes are intent; His eager body quivers. Suddenly he begins to run from the group, flying over the green grass, his legs carrying him faster and faster.

You have been spotted, and when you and your special friend finally meet, you cling together in joyous reunion, never to be parted again. The happy kisses rain upon your face; your hands again caress the beloved head, and you look once more into the trusting eyes of your pet, so long gone from your life but never absent from your heart.

Then you cross the Rainbow Bridge...together...