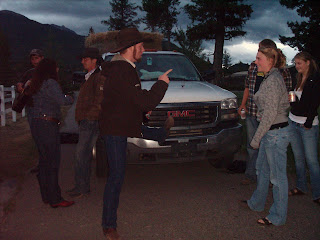 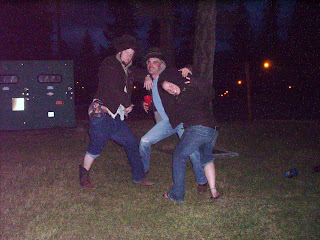 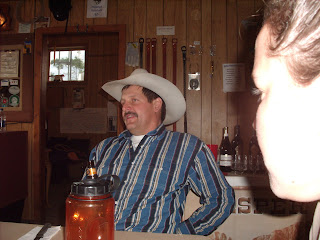 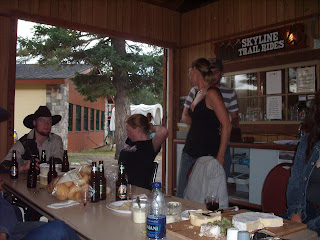 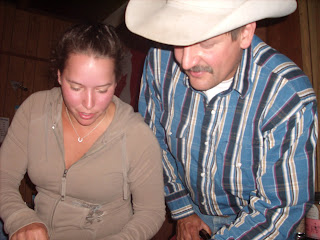 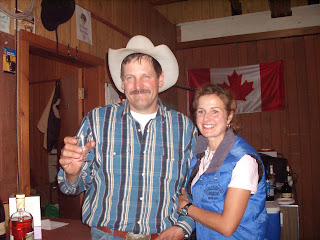 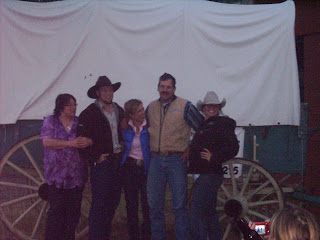 Last night was the year end staff party.  Last year, we had it ina JPl (Jasper Park lodge) building, but this year, we decided to have a BBQ in the barn.  It was a blast.  There was steak, chicken, salads, pie, ice cream...then we all stood around and goofed off for about two hours.  Sabrina was showing us her gymnastics, and Eric was doing ninja stunts.  It was so much fun.  Dave is camera shy, so the challenge was to get a picture of him.  As you can tell, I got a few.  In one of the pictures, Sabrina stole his hat (big no no in cowboy world)  In one of the other pictures, Sabrina, Brad and Eric were pretending to be gangster.
Posted by Country Girl at 8:49 AM

It is going to be hard for you to settle into the boring routine the rest of the world has when you come back.

So I guess your summer job has come to an end until next year? The time seemed to go by so fast.

I dont wanna leave :( i love it here so much