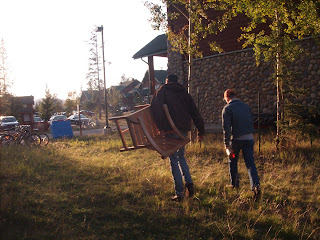 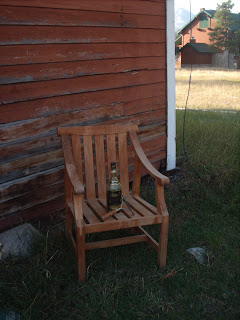 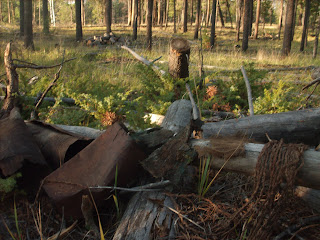 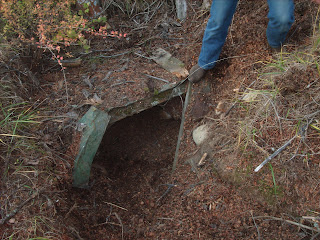 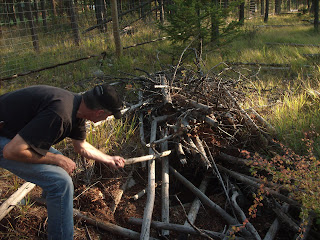 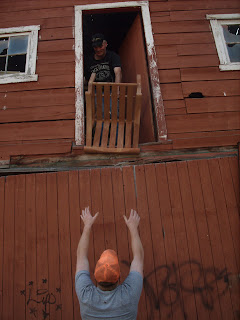 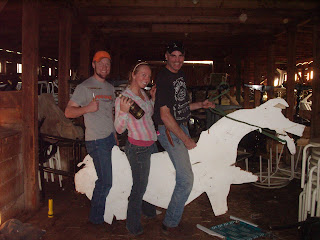 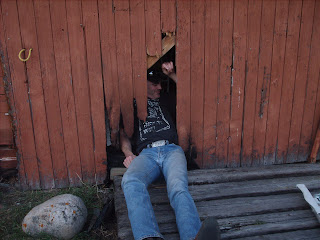 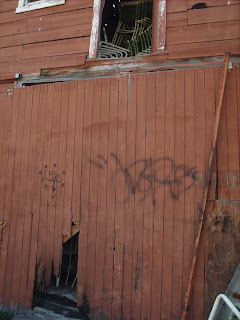 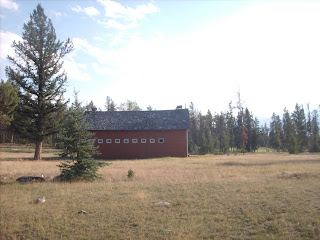 Today, Dave was telling us stories about the old barn, the old staff housing and an old cave that a man lived in for many years. So tonight, we went and explored all the locations. We found a chair in the barn, that Brad claimed, and lots of cool stuff at the dig site...I mean cave site. Here is the cave story..Interesting story, from the 1950s - early 1970s, there was a blacksmith by the name of Jack Webster who worked at the Skyline stables. In the summer, he lived into a lean-to built up against one of the sheds. In the winter, he moved up the hill behind the barn into a kinda of cave he dug up there. There was a main room plus a couple of small rooms dug out underground. The main room wasn't a cave, just a hole in the ground with a tin roof over it at ground level. Apparently he stunk really bad and was a vegetarian. He finished his career at the horse stables at Maligne Lake.
Posted by Country Girl at 7:10 PM

sounds like you had an enjoyable, relaxing day. I guess things are getting quieter around there.

Interesting story. I bet you thought you knew everything about Jasper by now then surprise! Winters there are brutal, I am surprised he survived (not surprised he stunk)

To think he could live in a cave especially in the winter. I guess if he was happy living his lifestyle. I wouldn't want to have been one of his clients....He must have been a very lonely man, couldn't imagine too many people visiting him.

Not sure how I missed the story about the guy in the cave. It was only on reading Laura and Cheryl's comments that I went back and saw the rest.

Wow, I must have been having a dumb day yesterday.

I added the part about the cave later. The guy did not work directly for the stables, mostly building the buildings and shoeing. The winters here are not as cold as in Edmonton, and he made the cave cozy. It even had a wood stove, and the earth kept in the heat.

Okay, I don't feel so dumb.