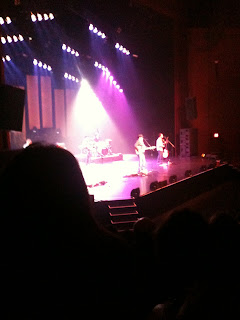 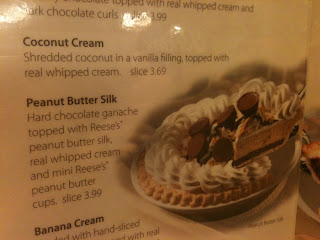 The George Canyon concert was awesome!!! He is an amazing performer. He and the band all joke with each other and get along great. He has such a loud voice and really puts on a show. The crew was joking around, doing Van Halen so he said that would be as silly as him doing ... then he started singing "Baby Baby, Oh Baby" it was hysterical!!! The opening act was Ryan Laird, and he was really good as well (an Ontario boy) (well not really a boy...2 years older than me) There was a really drunk girl that was sitting behind us and she spilled her beer, kept tripping, made a lot of noise, flashed her undies... oh yeah, she also fell on the lady beside me. Her boyfriend was no better and kept giving her more alcohol!!!! He was very noisy and kept shouting out things. All in all it was a great concert.

We were on the road this morning around 9:30, crossed the border with no problems. We were planning to stop at Ellensburg (about a 5 hour drive) but I wanted to keep pushing. We stopped in Everett for lunch and gas then continued on. We saw "Wild Horse Monument" which is a bunch of wild horse statues on the top of a hill. Mom took over driving then (I drove for about 6 hours) then we stopped in Ritsville about an hour/hour and a half. We went out to "Perkins" for dinner.

When we had stopped at lunch they had pie and I had a chocolate one but really wanted peanut butter pie. Guess what Perkins had? That's right...Peanut Butter Pie!!! So we bought a whole pie (it was cheaper than just 2 pieces) so that's lunch tomorrow :)

We are now going to go to the pool, then crash and hopefully be off between 7-8 am in the morning. (I am trying to go fast so when we get to Montana I can spend a while chasing cowboys ;-) I am hoping to go for a ride somewhere along the way as well.

That's about all for now. Stay tuned.
Posted by Country Girl at 7:20 PM

You need to be brisk to maintain equilibrium while executing mind blowing shots. Moncler Sale And tennis sneakers are a heck helpful in this regard. Tennis sneakers are ideal in providing support to the sides Belstaff Leather
of your feet while you make side to side movements. They are lightweight and flexible.Belstaff Womens Jackets
Herringbone patterned rubber outsole offer you excellent grip on all courts. These sneakers are well cushioned to comfort your Ugg Boots Salefeet and assure you a bombastic performance. So, shop a pair of tennis sneakers of your choice to meet your court needs and sore high on the success of your game. Kick the ball for a fine goal with cool football or soccer sneakers.